Everything You Need To Know About The Men Hairdressers

Hair the dressing is not something which is new; it as an occupation dates back thousands of years. From the day humankind got aware of its looks and understood hair is the biggest attribute of beauty they start caring it. There are thousands of historical evidence of hair care throughout the world.

The Rise Of Hairstyling

In ancient Egypt there were designated hairdressers of royalty and the elite, they had decorated boxes laden with tools like scissors, combs, lotions, oils, bottles of fragrances, etc. In ancient Rome and Greece, there are documented evidence of household slaves and servants specially designated for hairdressing, they were assigned for saving and dyeing and other hair related activities, people who were not privileged they used to go to the local barbershop.

Though for some time hairdressing was conceived as “by the women for the women concept” but men caught the wave in the nick of time, and we now have a high demand for men hairdressers. The cosmopolitan lifestyle of the 20th century again led the men to understand the purpose of beauty and seriousness of hairstyling so much so that men also started flocking to beauty salons for hair care as well as hairdressers. Men hairdressers are no less than their female counterparts; they have attention to details, creativity, and stamina for longs hours. Most of the female clients often prefer a men hairdresser and like to go to salons owned by men. 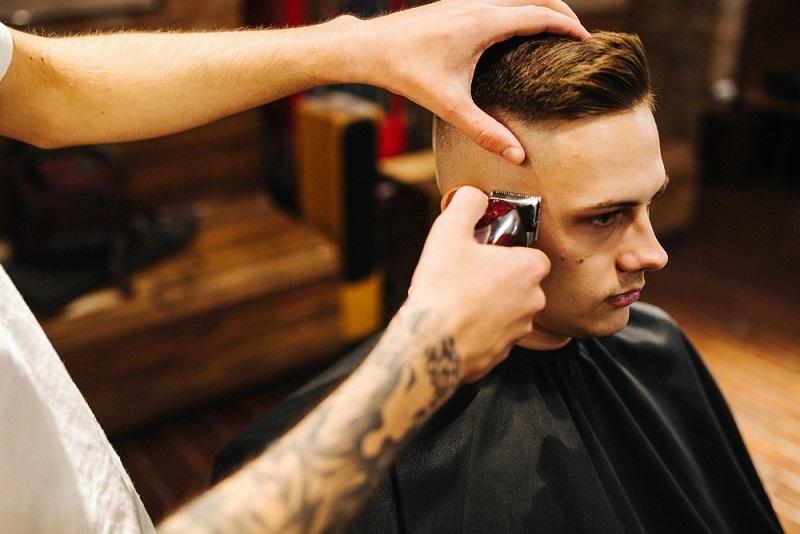 Styles And Their Stylists

Men hairstyles and stylists have gone through evolution now men have probably more style than women. From the ’70s ‘spiky shag do’ & ‘Grease Pompadour’ to 80’s ‘Mullet’ & Quiff to present ‘Spiky crown’ & ‘Frosted tip’ to name a few there are probably thousands of hairdo for men invented by men hairstylist.

Men hairstylist and beauticians like Paul Mitchell, Joh Bailey, James Brown, Nicholas Jurnjack, to name a few have made this noble profession into a billion-dollar industry. Their invented hairstyles, beauty products, and salon chains are like a shining beacon to millions of aspiring men hairdressers.

What The Leader Says

To become a successful men hairdresser there are certain things suggested by the leading stylist to follow are:

· Learn from experts and develop your hairstyling skills and become an expert.

· Hairstyling also includes customer satisfaction and service, so you need to master that too.

· Know your retail products and suggest with conviction to the client.

· Looks Matter so look and act like a professional men hairdresser. Dress smart, be tidy, and always act fresh.

· Always keep a tab on the latest trends and be updated so when the client asks for something, you don’t make a fool out of yourself.

· Have a positive and jovial attitude in front of the client, but with certain limitation, so your client thinks great of you and connect to you and always ask for you only whenever they come for service.

Hair dressing as a profession for men is a noble one and with lots of potentials to become a successful someone. It is one industry no robot can take over because you need a human touch to look and feel great.

What to wear with your wardrobe neutrals

10 Tips To Take Care Of Coloured Hair At Home

Different types of haircuts for Women this festive season

Some of the Key Benefits of Wearing Hair Extensions